The most recent project is a partnership between the Union Protein Project (UPP) and the 50 Million Meals Campaign to help alleviate food insecurity. Last year the UPP provided about $1,500,000 in much needed protein to over 100 Food Banks at about twenty cents on the dollar. UPP has partnered with the 50 Million Meals Campaign and during the pandemic 50% of all sales of Fair Trade Kampot Pepper goes towards purchasing protein. (Salmon, tuna and peanut butter)

The original concept for the Skwachàys Lodge & Residence was to combine a medical stay facility for Aboriginal people coming to Vancouver for medical treatment and an artist live/work residence for Aboriginal artists requiring supportive housing. From conception to completion this ten million dollar project took ten years. Joseph MacLean was the lead consultant on the project from 2004 until it opened in June 2012. Watch the opening day video.. 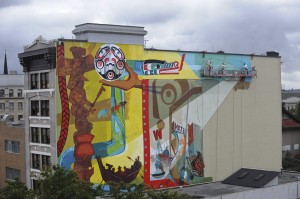 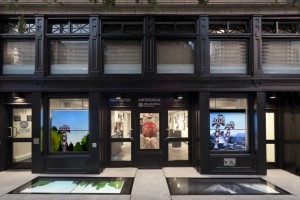 The development of the Urban Aboriginal Fair Trade Gallery has its own story. It began with a story catching project called I designed called Looking Forward Looking Back that was a web space that shared the stories of Aboriginal artists living and working in Canada’s poorest postal code – the Downtown Eastside. Around that time I was the lead consultant and proposal writer for a number of successful proposals for supportive housing for the client, Vancouver Native Housing Society, that were put forward by the City of Vancouver and the Province of British Columbia. One successful proposal was for the Orwell Hotel, a 55 room SRO ( Single Room Occupancy) at 456 East Hastings. This hotel had a huge (90 foot by 120 foot) wall that now displays Western Canada’s largest mural, ‘Through the Eye of the Raven’. Watch the video.

was a play on the letters DTES, the local name for Vancouver’s Downtown Eastside. Funded by the Metro Vancouver Aboriginal Strategy the project trained Aboriginal men and women in the digital trades – in particular web design and development. The project ended in 2009 when the funding ran out but was reopened in 2014 in Phnom Penh, Cambodia. the DTES is partnered with the American international development agency USAID.

The motto of this digital trade school is:

Shine a Light on Literacy was a social enterprise project that I developed for Vancouver Native Health Society. The fund-raising component was based on a hand crank LED flashlight that could also charge a cell phone. We sold these cranklights at the PNE and as a fund-raiser for other groups including other non-profits, schools, libraries and community organizations. The project also created summer jobs in the Aboriginal community that brought youth and elders together to help ‘shine a light on literacy.’

Interestingly it was this project that led me write ‘A is for Aboriginal’ that is distributed online and through booksellers in Canada, the United States and even in South East Asia. The book is also used a a fund-raiser for schools, libraries and non-profits. 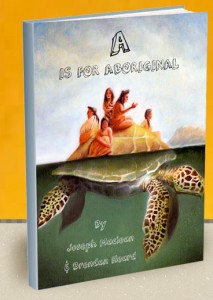 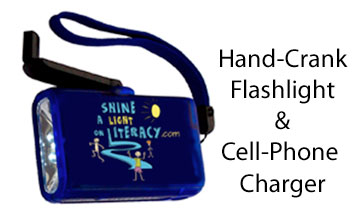